ON RAMP TO THE FREADOM® ROAD?

Or back to jail?

Unfortunately, without assistance, two-thirds of those released return to prison within three years – and the horrific cycles continue.

Public awareness of real obstacles encountered by many “Returning Citizens” is important because it becomes part of the community climate – healing and supportive or toxic and rejecting – into which these formerly incarcerated persons return.

A recent report by the John Howard Association (JHA) – Illinois’ prison watchdog organization – illustrates some of these obstacles – as faced by “Lavell.”

“Lavell exited prison directly onto the street with only a bus ticket and $10. He didn’t have a State ID, nor did he have his birth certificate or Social Security card (which are needed to get an ID). He had no transportation, no cell phone and had never held a job or written a resume. He had no way to earn money yet had to pay for immediate basic needs such as food, shelter, warm clothing, and medical care… He was expected to navigate bureaucratic nightmares that would leave any reasonably resourced person begging for mercy while avoiding going back to past behaviors which had led to his imprisonment… JHA’s on-the-ground work and first-hand experiences in navigating this process have revealed to us the myriad pitfalls people released from prison face on day one.”

Armed with an awareness of immediate and long-range obstacles confronting Returning Citizens – and the understanding that “Yesterday’s prisoner is tomorrow’s neighbor” – we can choose to assist them in their efforts to break the individual or intergenerational cycles of incarceration. 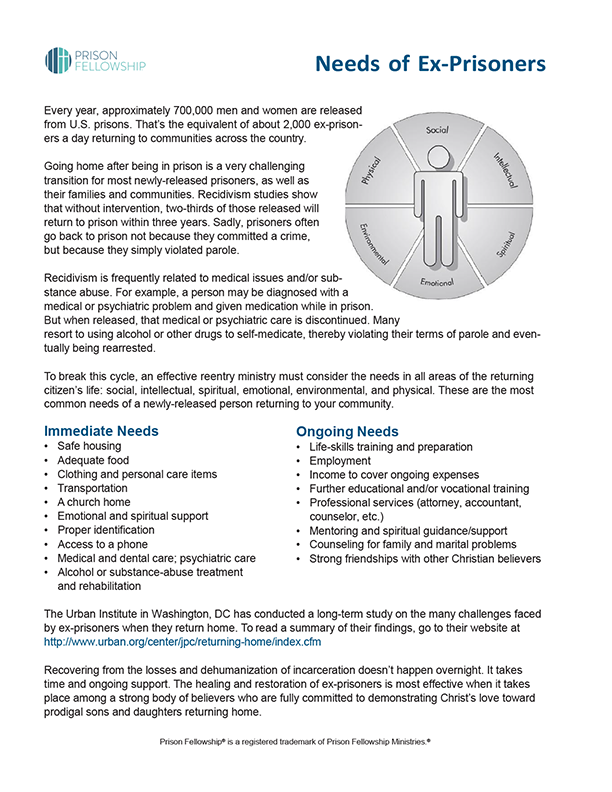