It is heartbreaking to recently have lost Congressman John Lewis – a great man, a great American, a great hero in the Civil Rights Movement.

It is equally heartbreaking to ponder the unfathomable injustices, pains and cruelties he had to suffer right from the start of his life just for having been born into a time and place that bred and allowed these evils. Yet it was these very injustices, pains and cruelties which called forth from deep within him the heroic strength, courage, and endurance needed to fight these evils – again and again and again.

In this book, a national best-seller, John Lewis tells the story of the historic Civil Rights struggle of the late 1950s and early 1960s. It is not “the facts only” account of a distant third party observer. Rather, it is his up close and personal story of being there in the very heart of the struggle, of holding on to his belief in peaceful, non violent resistance – all the while “putting his body on the line, over and over again.” He tells not only of the bold actions, but shares his “deep and beautiful reflections,” excerpts from speeches, and descriptions of other legendary leaders who fought along side him.

Walking With The Wind: A Memoir of the Movement is a must read for its history, humanity, literary beauty and inspiration to reflect and take action for the rights of all members of the human family. 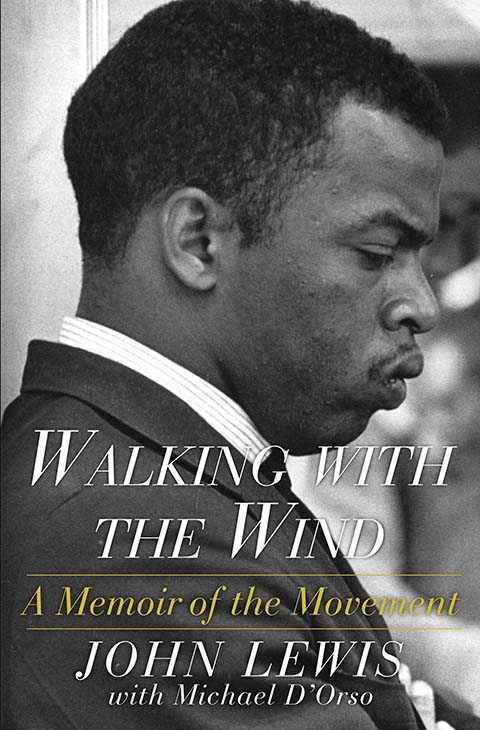