GRIP OF THE STREET

He had no choice. He had to join a gang – if he wanted to survive. Indeed, survival was all he could think about. And so the “street” pulled him into its grip.

This story is as old as it is new – and as heart-wrenching now for other young men “with only one place to go” after incarceration as it was then for Rufus Henry coming home after release from work camp where he had been sent for Grand Theft Auto.

Generations of readers who first read it in the 1960s – reluctantly at first, perhaps as a school assignment – look back on it now as a powerful, lasting, and unforgettable experience.

The story itself, as well as the fast-paced, gritty, and realistic way it was told, became a turning point for many of them. They tell how it turned them into readers and how remembering it is still as real and alive for them as when they first read it. They tell of gifting it to sons, grandsons, and others they care about.

May the decades Durango Street by Frank Bonham has survived be an omen of survival for those who read, learn, and are gripped by it. 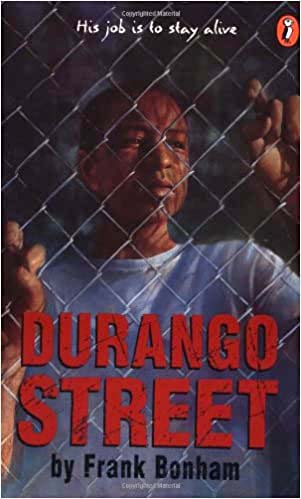 ← CREATIVITY - AN  EQUAL OPPORTUNITY GIFT THEY RUN US - CAN WE RUN THEM? →