Never before had both Siamese twins survived after an attempt to separate them surgically. Never, that is, until Dr. Ben Carson, 33-year-old Director of Pediatric Neurosurgery at Johns Hopkins Hospital, undertook this impossible task. His feat was hailed as miraculous, attracting international media attention. The real miracle, however, was the fact that Dr. Carson foiled his predictable future.

Based on his early life mired in inner city neighborhoods, young Ben would have been expected to grow up uneducated, unknown, and poor. But Ben had an advantage – an extraordinarily strong, visionary, implacable and courageous mother.

Sonya Carson was single minded in her determination that her two sons, Ben and his brother Curtis, would escape their likely fate. Although married at age 13, divorced soon after, uneducated, barely able to read, and working two or three menial jobs at any given time, Sonya Carson created and implemented a plan that paved a path to a future undreamed of by most caught in the grip of similar circumstances.

The value of this book is not only that it reports the fact that this plan was accomplished, but that it lays out in detail HOW it was accomplished. As such it offers a road map for a way out of poverty and despair to anyone willing to do the hard work and make the sacrifices it will take. 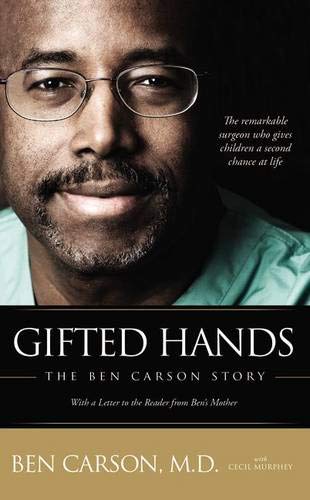 ← A PLAN, A MENTOR, TWO LISTS Make your Christmas Shopping help us! →