With his death on December 26, 2021, the voice of the ever fearlessly outspoken Archbishop Desmond Tutu was silenced forever. Yet it still speaks in the books he wrote and left behind as a legacy.

One of these books, The Book of Forgiving: The Fourfold Path for Healing Ourselves and Our World, written with his daughter, Reverend Mpho Tutu, carries an especially timely message needing to “be heard” in these turbulent and racially divided times.

This message contains the lessons from his experience as Chair of South Africa’s Truth and Reconciliation Commission. The commission investigated apartheid-era crimes after the end of apartheid and the election of Nelson Mandela.

Under Archbishop Tutu’s leadership, what could have become a national bloodbath, became instead a shining example to the world of healing, order, and entrenched brutality transformed into peace.

The centerpiece of this peaceful coup was forgiveness. Archbishop Tutu, awarded the Nobel Peace Prize for his opposition to apartheid, speaks with moral authority about forgiveness – showing that what he shares about this topic is proven by his own personal ability to forgive.

Who can better teach the world about forgiveness? “Hear” his voice. 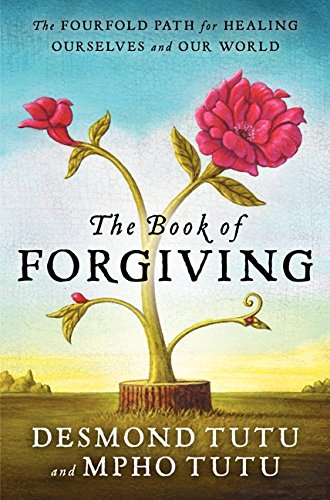 ← THE GOOD, THE BAD, THE PAST, THE FUTURE AN UNCOMMON SCHOOL - THE UNIVERSITY OF SUCCESS →